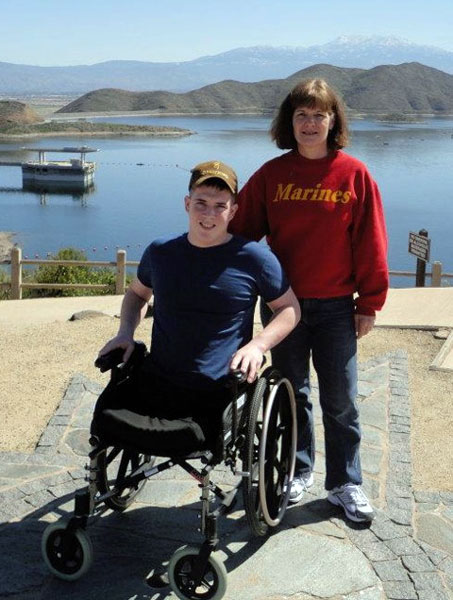 On 3 October 2011, while on foot patrol in the Sangin district, Afghanistan, Lance Corporal Mark Fidler stepped on a pressure plate IED and immediately lost both legs below the knees. The blast set off 3 grenades on his belt, severely damaging his lower back, buttocks, and upper legs resulting in the eventual removal of both legs at the hip.

While his injuries are very devastating he is very fortunate to be the first to survive injuries this severe and considers himself extremely lucky to have not sustained any injuries to his arms, hands or head. As of now Mark is still in WRNMMC in Bethesda for rehab and further surgery.

His outlook is very optimistic and he is enjoying life by going hunting, which is his passion. He is looking forward to life after rehab when he wants to live in Berks county, buy a small farm and work on classic cars.