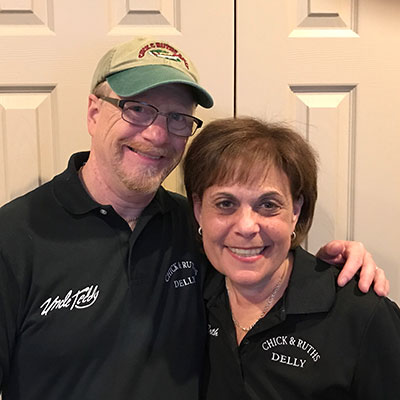 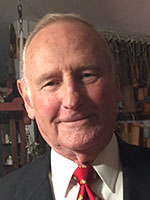 Prior to his work in industry, Mr. Flynn completed 27 years of service in the United States Marine Corps. As an Infantry Officer he held Command billets at the Company, Battalion, and Regiment level, both in garrison and in combat. Staff assignments ranged from Brigade Operations Officer, Developmental Test Officer, Systems Engineering Instructor to Director of Program Analysis and Evaluation at Marine Corps Headquarters.

Mr. Flynn is a graduate of the U.S, Naval Academy and the Naval Postgraduate School and holds degrees in General Engineering and Engineering Electronics. He is a graduate of the Naval War College, Senior Defense Management at the JFK School of Government at Harvard University, and Executive Development at George Washington University. He is a National Association of Radio and Telecommunications Engineer (NARTE) certified EMC Engineer.

Mr. Flynn is a member of the Board of Directors for the Faces of Valor USA.
Mr. Flynn resides in Annapolis, MD, is married to Lois A. Flynn, and they have six children and 15 grandchildren. 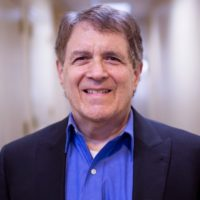 Alan is a devoted husband, father, grandfather, and friend. He was a member of the Baltimore Colts Marching Band for many years and loves music of varied styles. Alan and his wife love to travel and have visited many places in the USA and the world. Alan volunteers his personal time as treasurer to The Police Assistance and Relief Fund of Baltimore County and to Faces of Valor USA, Inc. as a member of its board of directors. 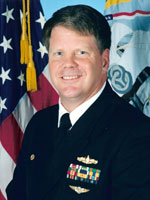 Rear Admiral Donaldson, USN retired, has enjoyed 35 years of operational and leadership experience in applied science and technology. He graduated from the U.S. Naval Academy in 1975 with a BS degree in Oceanography and has served on multiple ships and submarines. After attending the Naval Postgraduate School in Monterey, CA, he served in various oceanography, meteorology and hydrography positions supporting worldwide naval operations. He also attended the National War College, graduating in 1997 with a Masters in Strategic Studies. He was promoted to Admiral in 2000 and led the Naval Meteorology and Oceanography Command involving 3000 personnel, seven ocean survey ships and two super computer centers.

After retiring in 2004, he served as the lead SES Director, Stennis Space Center, in Mississippi where he was in charge of NASA’s Space Shuttle Main Engine testing. He also oversaw the activities of over sixty federal, state and industry organizations co-located on Stennis Space Center, employing 4500 personnel. As Director and Loaned Executive to the governor of Mississippi, he assisted in the immediate recovery of the six counties most devastated by hurricane Katrina. His next assignment was Senior Vice President of Business Development and Government Relations for Applied Energetics Inc, a Directed Energy company in Tucson AZ specializing in Laser Guided Energy applications. Applied Energetics has pioneered the application of proprietary technology for countering roadside bombs and IEDs. His most recent assignment was president of the Energetics Technology Center; a small non-profit science research company. He is married to his High School sweetheart, Debbie, and they have two sons, one daughter and two granddaughters. One son is in the Class of 2013 at USNA. 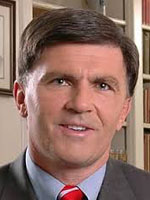 Governor Robert L. Ehrlich, Jr. was Maryland’s 60th governor. Governor Ehrlich was elected to lead Maryland in November 2002 after promising to restore fiscal responsibility to state government and bring needed change to a political monopoly that had dominated Annapolis for decades. The Governor made good on his promises, turning $4 billion in deficits into a $2.4 billion surplus and appointing the most politically diverse and qualified cabinet in Maryland’s history.

Growing up in Arbutus
Governor Ehrlich was born in 1957 in Arbutus, Maryland, a small, working-class suburb of Baltimore City. His mother, Nancy, was a legal secretary. Bob Sr., a former Marine and Korean War veteran, worked as a commission salesman at Archway Ford in Baltimore for 37 years. In 1967, the Ehrlich family moved out of an apartment and into a row house on Dolores Avenue, where Mr. and Mrs. Ehrlich still live today.

Education
Governor Ehrlich won scholarships to the Gilman School in Baltimore and later to Princeton University. While at Gilman, Governor Ehrlich was named captain of the football team and won all-state and all-American honors. His academic and football success continued at Princeton University, where he studied political science and co-captained the football team. To make ends meet, he sold sandwiches door to door at night, and worked construction jobs on the weekends. After graduating from Princeton in 1979, Governor Ehrlich entered the Wake Forest University School of Law, where he worked as an graduate assistant football coach to earn extra money, while attending classes during the day.

Legal Career
After Governor Ehrlich finished law school in 1982, he moved back to Maryland to work for the Baltimore law firm of Ober, Kaler, Grimes, and Shriver, where he practiced for more than a decade. While working as an attorney, Governor Ehrlich ran successfully for the House of Delegates, where he was known for a collegial style that helped him build bridges – and forge lasting friendships – across the political aisle. He was a member of the House Judiciary Committee, the Joint Committee on Legislative Ethics, and fought for the rights of children on the Governor’s Council on Child Abuse and Neglect.

Public Office
In 1994, Bob Ehrlich was elected to the United States House of Representatives. While serving in Congress, he helped craft the first balanced budget in a generation, sponsored legislation to protect innocent spouses from IRS abuse, authored legislation to help blind and disabled citizens return to the workplace, and led efforts to stiffen penalties on criminals convicted of gun violence. Congressman Ehrlich was a leading advocate for small business owners and helped provide record tax relief to the American people.

More than 100,000 net new private-sector jobs were created during his time as Governor. Maryland’s unemployment rate was one of the lowest in the nation at approximately 4 percent and its welfare rate is at its lowest level since 1962.

Governor Ehrlich is married to Kendel Sibiski Ehrlich, a former assistant public defender and assistant state’s attorney. The Ehrlichs are the proud parents of two sons, Drew and Joshua. 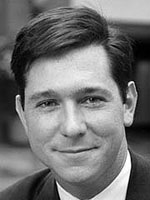 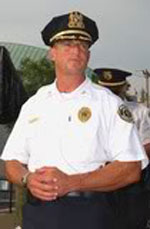 Chief Michael A. Pristoop began his police career in 1986 as a patrolman in Baltimore City, Maryland and retired in 2007 as a Major in command of the Northern District – one of the city’s nine police districts. During his tenure with the Baltimore Police Department, he held the ranks of Patrol Officer, Sergeant, Lieutenant, Deputy Major and District Commander (Major). After 21 years of service to Baltimore City, he left to become Chief of Police with the Maryland Department of General Services – Maryland Capital Police (DGS-MCP). In April, 2008, Chief Pristoop was selected to serve as the interim Chief of the Annapolis Police Department and was sworn-in as the 25th Chief of Police on July 29, 2008.

The majority of Chief Pristoop’s career has been in operational assignments. He has supervised many diverse areas as a sergeant and lieutenant including patrol, district detectives, drug enforcement, domestic violence, and uniform and plain-clothes special operations. During 7 years with the SWAT team, he served as both an officer and as the team’s leader. He commanded a city-wide Special Enforcement Team before being promoted to Deputy Major. In that position, he served as the executive officer of the city’s Western District. His final assignment in Baltimore was as District Commander in charge of the Northern District, a geographic area covering approximately 16 square miles and home to 100,000 residents, 80 diverse communities, 3 major colleges and universities, and 2 respected hospitals. As District Commander of the Northern District, Chief Pristoop commanded 160 police officers, detectives, supervisors and civilian personnel.

Chief Pristoop has been credited with enacting significant crime reduction strategies and has directed numerous special assignments in his career. As the Northern District commander, his strategies helped to significantly reduce violent and property crime in his district and the City of Baltimore. In 2002, Chief Pristoop was detailed to command dozens of police officers in the District of Columbia for the International Monetary Fund (World Bank) protests. He was also deployed to New Orleans, Louisiana in September 2005, as part of a Maryland task force, in command of police personnel during a successful search and rescue mission centered in hard-hit St. Bernard Parish in the aftermath of Hurricane Katrina.

As Chief of Police for DGS-MCP, Chief Pristoop commanded 180 sworn, security, and civilian personnel. This agency is responsible for security and law enforcement operations in and around 30 state-managed facilities and 25 parking areas in the Annapolis and Baltimore areas. DGS-MCP is also the lead agency for Maryland’s “state-wide” expanding Electronic Security Card Program.

Chief Pristoop holds a BS in Jurisprudence from the University of Baltimore and a JD from the University of Baltimore, School of Law, earning high honors with both degrees. He is a member of the Maryland Bar, the Heuisler Honor Society, Maryland Chiefs of Police Association, and the International Association of Chiefs of Police. Chief Pristoop is a graduate of the FBI National Academy, 215th Session, and is credited with a professional publication. Beyond all, his greatest joy and accomplishment is being the father of two wonderful children, Taylor and Alex. 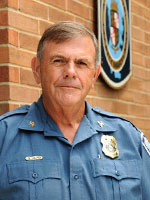 Successfully implemented separation of the State Police from the Department of Corrections and Public Safety, pursuant to legislation.

Was instrumental in developing legislation to create a DNA database to track sex offenders. 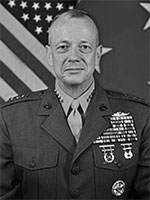 Is the president of Brookings Institution, a retired United States Marine Corps four-star general, and past Deputy Commander of U.S. Central Command, prior to serving as Commander of the International Security Assistance Force and U.S. Forces Afghanistan (USFOR-A).

On September 13, 2014, President Barack Obama appointed General Allen as Special Presidential Envoy for the Global Coalition to Counter ISIL (Islamic State of Iraq and the Levant). 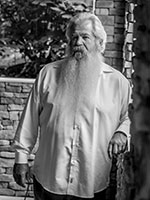 Owner S & S Auto Performance, Inc. a repair facility in Annapolis MD that opened in 1982.  Lifelong residents of Anne Arundel County, born and raised in Annapolis, MD, currently living in Davidsonville, MD.  Now at the age of 68 and refusing to retire, he still runs his business everyday and builds and restores street rods.  Growing up with Ted Levitt he has been a proud supporter of Faces of Valor USA for many years and was honored to help do work on the Faces of Valor car. 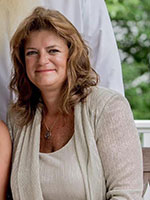 Mother of 4 Children and Nana to 9 Grandchildren, married to Butch Sutphin.  Manages S & S Auto Performance, Inc in Annapolis, MD for over 25 years.  A proud supporter of our Military and First Responders.  I enjoy working on street rods and doing crafts, but my favorite thing in life is my children and grandkids.  One of my greatest pleasures is to be part of Faces of Valor USA, the men and women that we help are a blessing, them have given so much and are truly deserving of the support and our forever gratefulness. 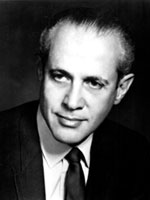 Chair, Governor’s Commission on the Structure and Efficiency of State Government, 2003. Board of Regents, University System of Maryland, 2003-09.