Captain Luis Avila, joined the United States Army in 2000. He served five combat tours. On December 27, 2011, this time in Afghanistan – when he was severely wounded in an explosion. He lost his leg, he suffered two heart attacks , two strokes , an anoxic brain injury, a cardiac arrest and a traumatic brain injury that left him almost completely paralized.

Two weeks after the explosion, he arrived in the United States in a coma and on life support.

And then, finally, Luis woke up. He couldn’t see. He couldn’t eat. He couldn’t speak for over two years. And in the months and years that followed, he kept fighting back And today, Luis can see again, he can eat again, he can speak again, his speech still impaired, however, every day he makes progress.

He is the recipient of many honors and medals, including the Bronze Star and Purple Heart.

Captain Avila, lives in Maryland with his family. He is currently receiving rehabilitation at Walter Reed National Military Medical Center Bethesda every day. 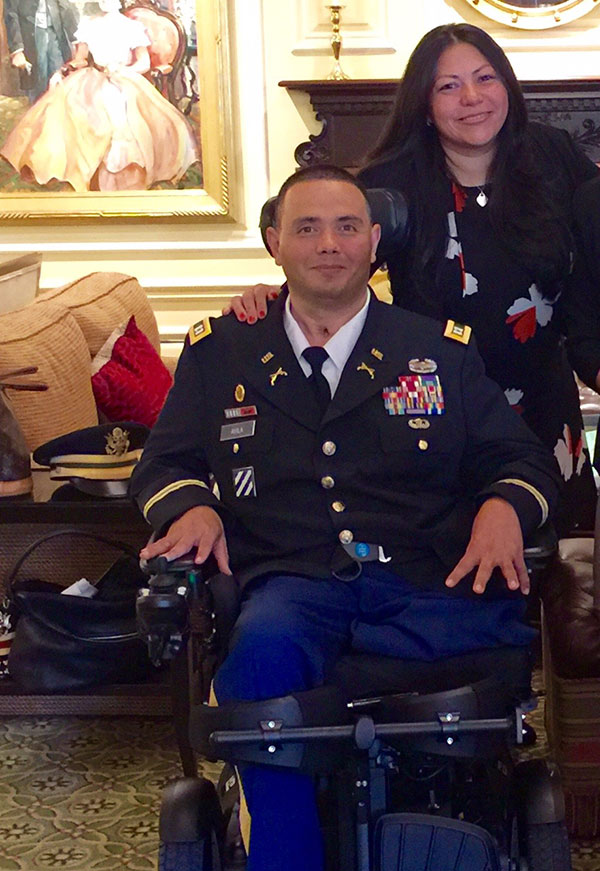